This feijoa breakfast smoothie is a delicious way to start your day. Made with whole feijoas and plenty of good stuff it tastes as good as it looks! Cheers!

Can I make this with other fruit?

Yes you can. I found the combination of pears and spinach boosted the goodness without competing with the flavor of the feijoas.

Can I make a feijoa protein smoothie?

How do I turn this into a feijoa smoothie bowl?

Thicken the smoothie by replacing ½ of the milk with extra yogurt. Top with your favourite smoothie bowl toppings such as granola, chia seeds, shredded coconut or hemp seeds. I like to toast my granola and seeds for extra crunch, yum!

Can I make a feijoa milkshake?

Yes you can. Simply replace the greek yogurt with two scoops of vanilla (or feijoa!) ice cream instead. Depending on how sweet you like things you might also be able to leave out the honey. A bit less healthy but arguably worth it!

Can I make this vegan?

You sure can. Simply replace the milk and yogurt with your favourite plant-based alternatives and you're good to go!

I Really don't like feijoa skins, can I leave them out?

You can of course scoop the feijoa flesh out of the feijoas and just use that instead. But the skins contain a lot of perfume, flavor and other goodies so your smoothie won't have the same depth of feijoa flavor or green colour if you do this.

Looking for more delicious feijoa recipes? Check out my full post on feijoa recipes including everything from chutney and muffins to crumble and cake.

Or if you're looking for a lighter alternative try my easy peach water.

Feijoas: aka pineapple guavas. No need to worry if you don't have your own tree. They are available in abundance throughout New Zealand from supermarkets, roadside stalls, friends and neighbors.

Outside New Zealand you can sometimes order online and they will ship the fruit. Alternatively in Australia I was able to find someone nearby me through my local buy sell swap group, so it's worth asking around.

Spinach leaves: to am up the goodness and green color of this smoothie. You can also use small silverbeet leaves.

Greek yogurt: is wonderfully thick and helps give body to this smoothy. You could also use natural or vanilla yogurt.

Milk: full fat milk is best in this recipe for maximum flavor but you could use skim milk if you are watching your fat intake.

Honey: adds some natural, refined sugar free sweetness. You could also use maple or agave syrup instead if you're not a fan of honey or skip it all together.

How to make a feijoa smoothie

Top and tail the feijoas but leave the skins on. Dice the feijoas. Peel, core and dice the pear. Wash the spinach leaves and roughly chop.

Add all the ingredients to a deep sided jug you can use a stick/immersion blender in. Blend very well until well combined and all the large pieces of feijoa and spinach are blended in.

To serve this feijoa raw smoothie pour it into a tall glass, add a straw and enjoy!

Have you made this recipe? Tell me how it went in the comments below and tag me on instagram so I can see your delicious creations! @theaussiehomecook

Have you made this recipe?

Tell me how it went in the comments below and tag me on instagram so I can see your delicious creations! 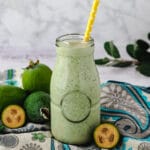 I use whole feijoas in this recipe, skins and all for maximum feijoa flavor and goodness.  If you really can't stand the skins you can scoop out the flesh.  Your smoothy will have a less strong feijoa flavor if you do this.   Storage: This healthy green smoothie is best served immediately after making.  The feijoas in particular will turn brown over time.  Still tastes delicious, just looks a bit less pretty. 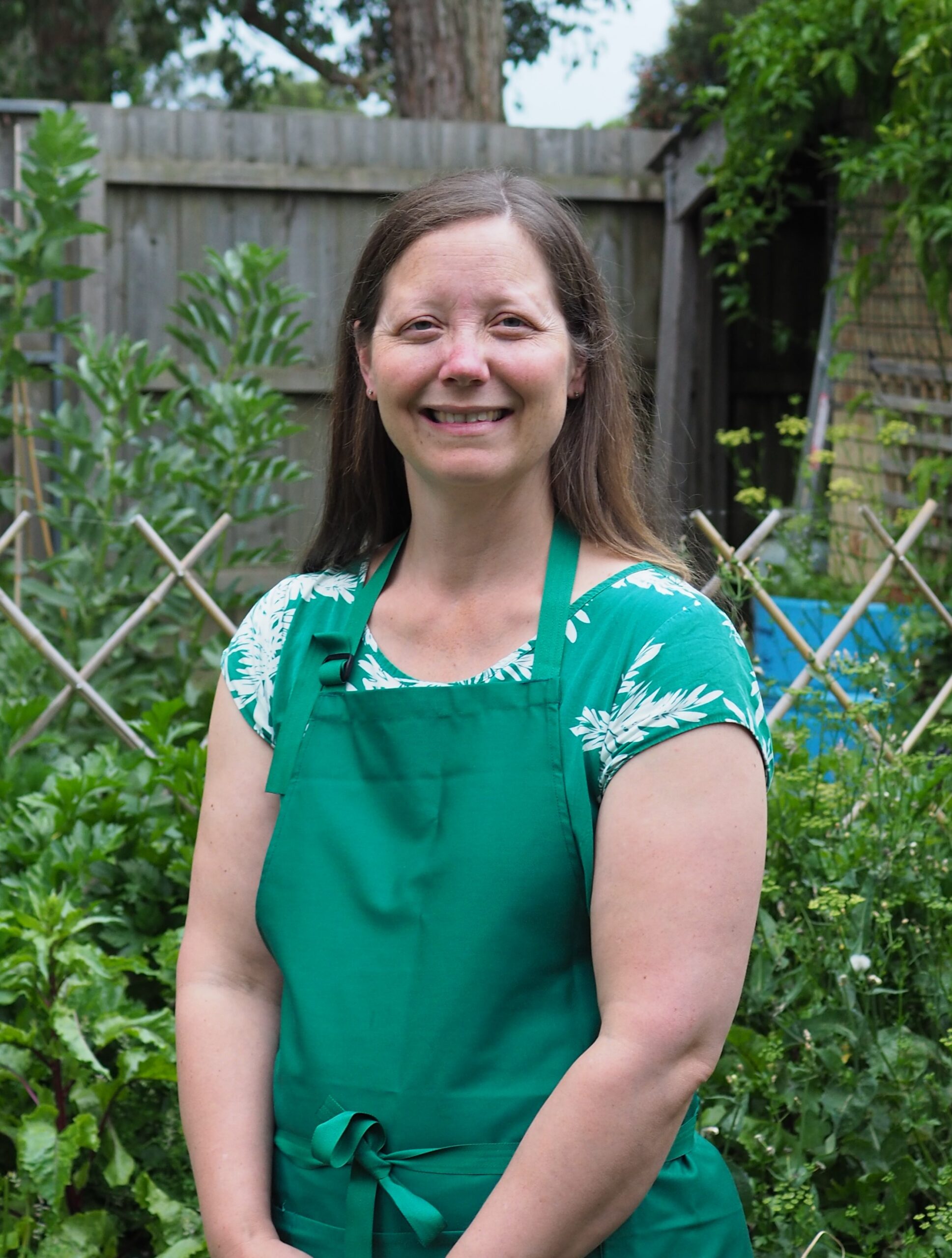 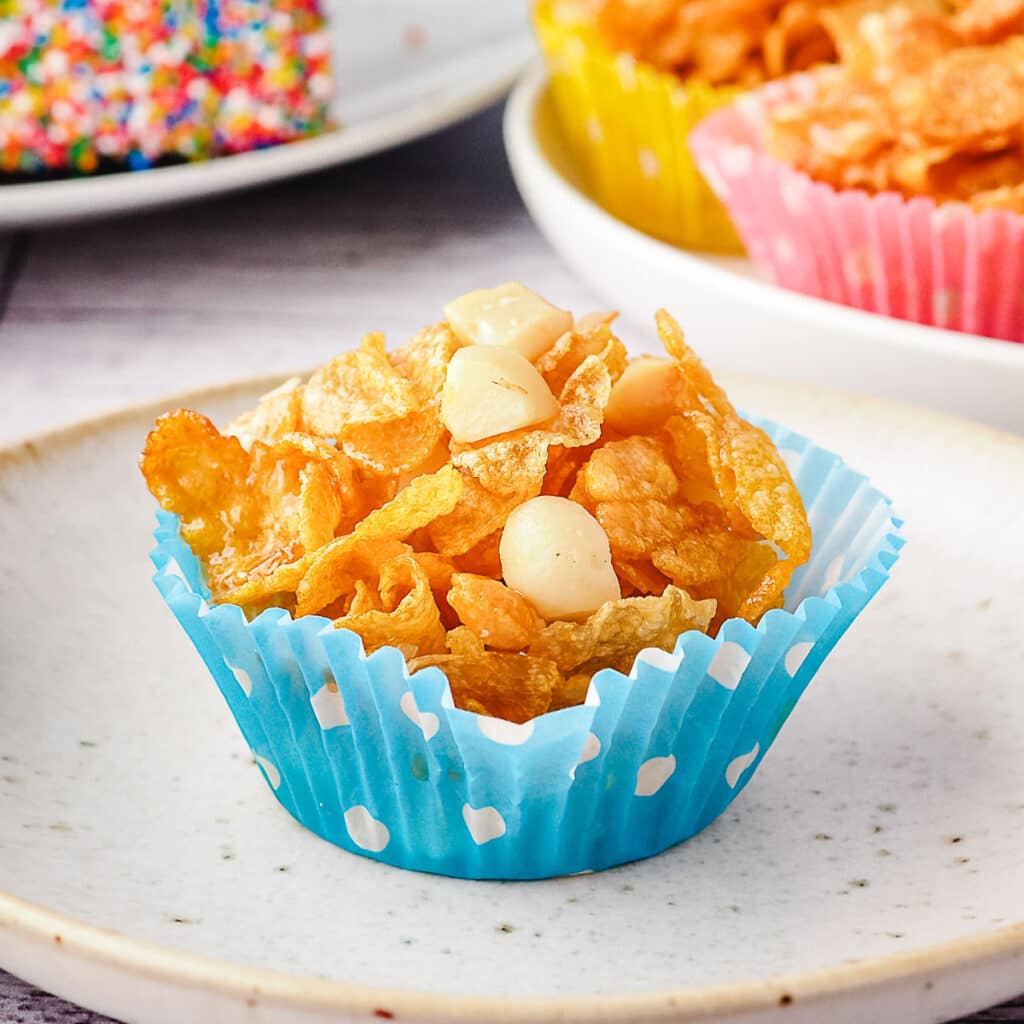 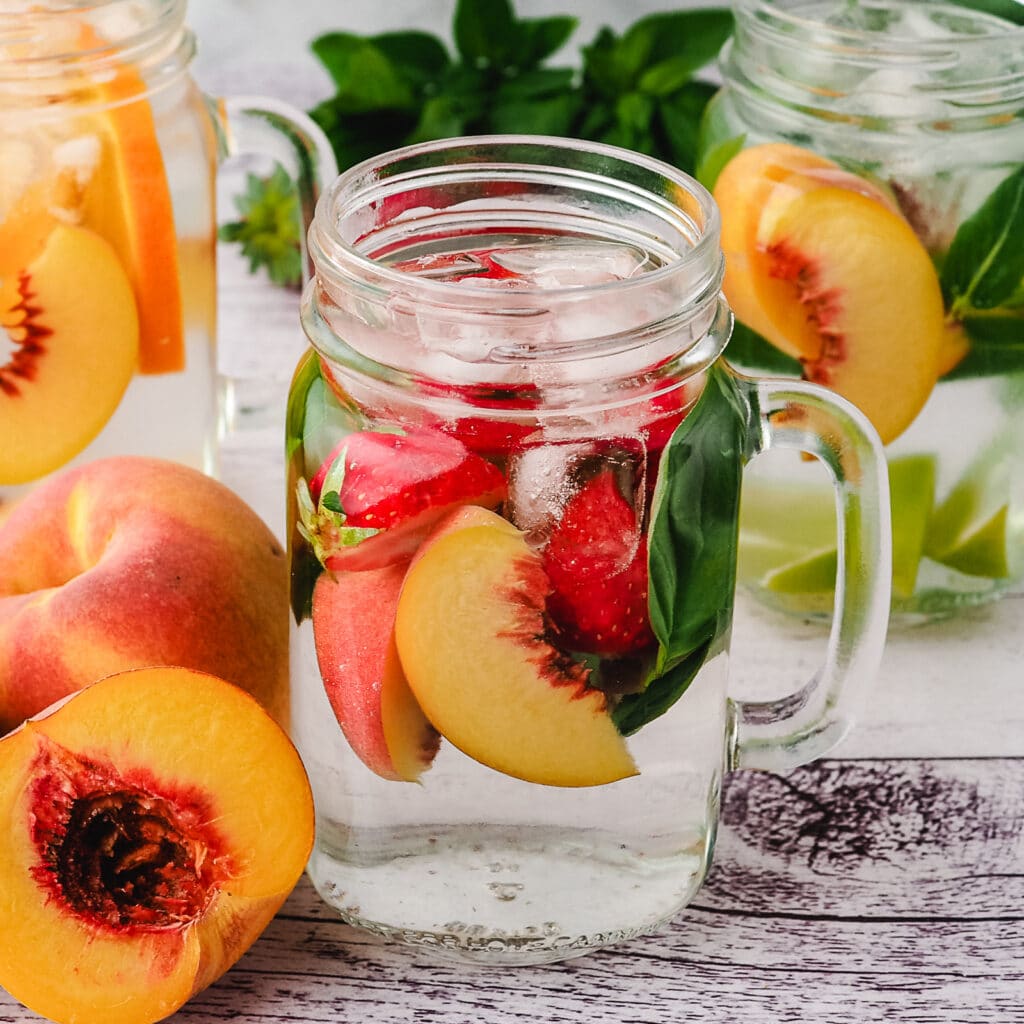 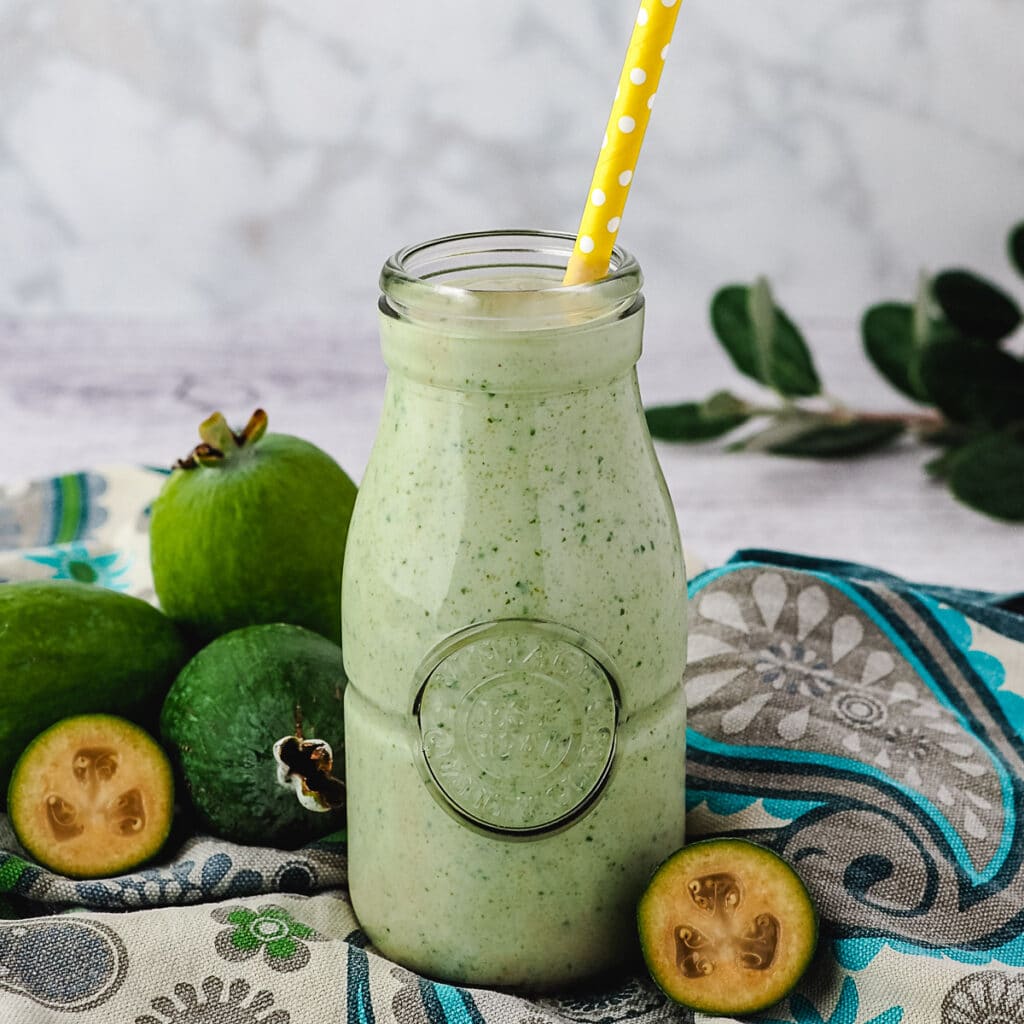 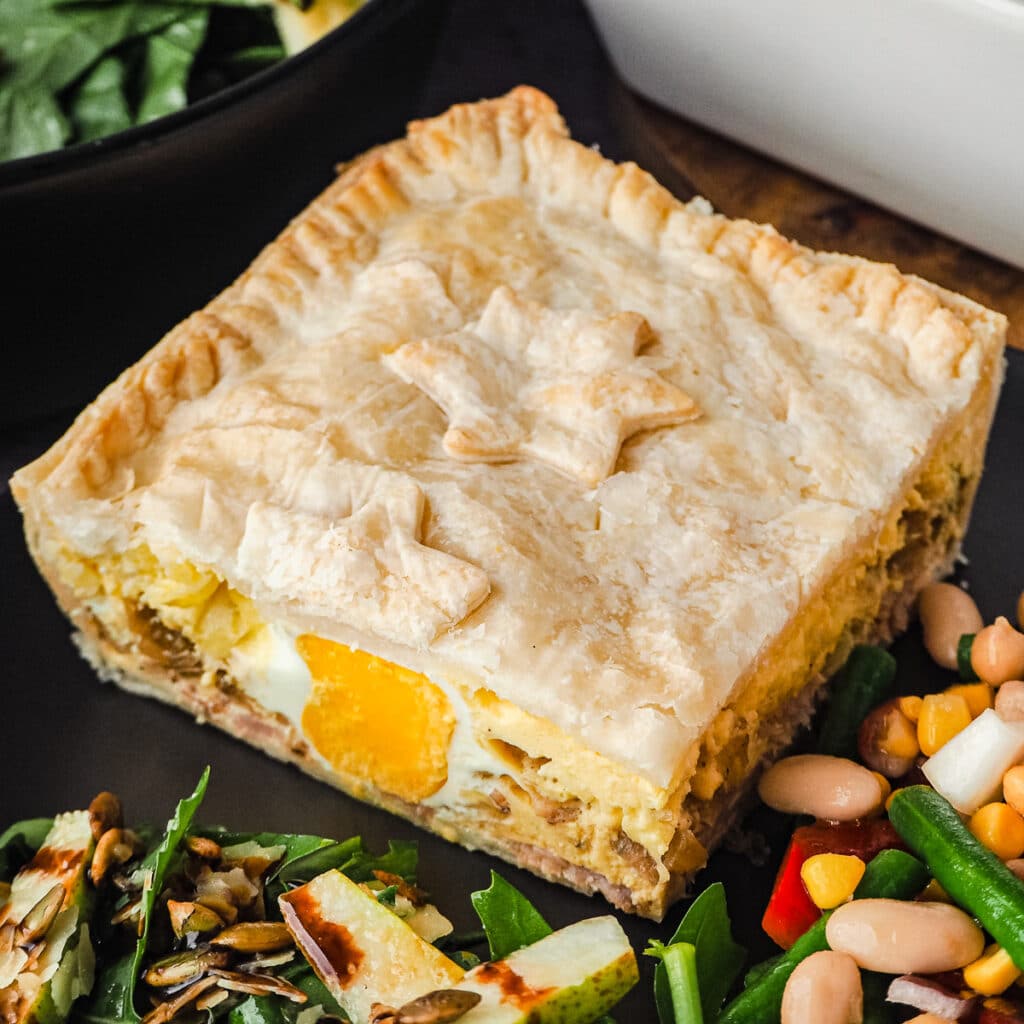 This easy bacon and egg pie with puff pastry is a simple dish loved in Australia and New Zealand. Perfect for a picnic or makes an excellent 'bring a plate' (pot luck) dish. 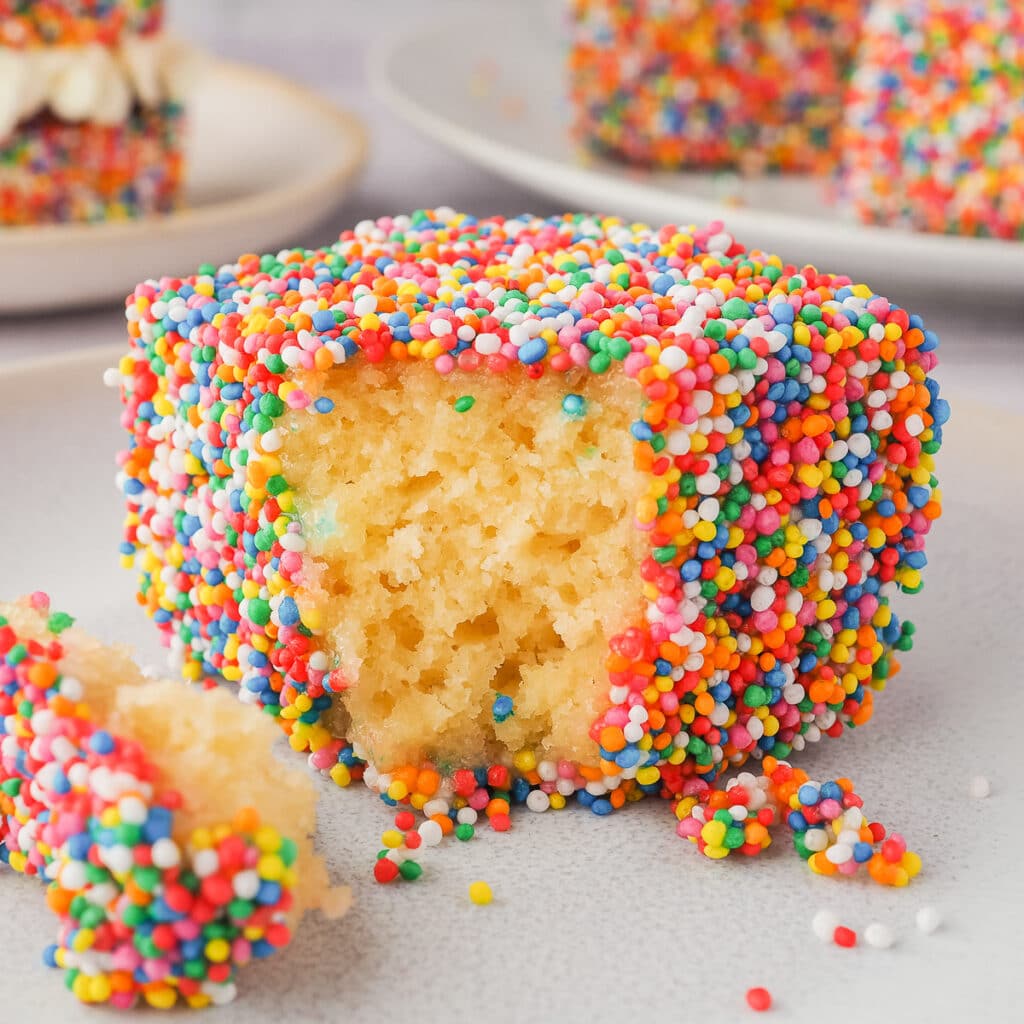 These rainbow fairy bread lamingtons are the ultimate marriage between two classic Aussie desserts. Perfect for any day you need some sunshine and sprinkles in your life.